Replacement Trees for the Villagers' Orchard: An Orchard Update.

Back in May 2014, Year 6 from Henllys Church in Wales Primary School helped to plant our Tidy Towns' funded Villagers' Orchard. Those poor trees have had a terribly difficult life, but planted and cared for with such love. Before we started and to make things easier for us, holes were dug for our little trees with the bucket from a mini-digger more than a week beforehand by the contractors who were working on the paths. On the day of the tree planting, we saw this:
The kids did have a great time and were completely covered in mud, but fair play an Orchard was created: 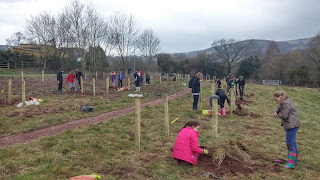 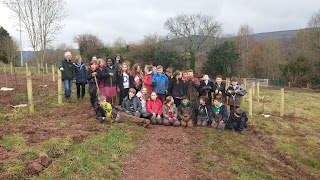 We realised that not only were the holes too large, but they ended up being clay-lined ponds. As a result and even after clearing out the water, the trees were often waterlogged:

We returned a little later to properly mark the trees with the children using a pyrograph machine:

﻿
The very wet spells were mixed up with very dry spells and increased competition from adjacent grasses. we then put down extra mulch mats:

The wet spells, were more frequent than the dry spells, so the next year, in Feb 2015, we went down as a group and tried to create barriers and dug drainage ditches to try and stop the worst of them from getting waterlogged:

﻿These measures seemed to help and the most badly affected had much better drainage. Sadly, the stress of the hardships led to a few of them not being able to survive and we had a few losses: We started to think that we needed to give the trees a little more help with nutrients, so paid for a delivery of well rotted manure from Greenmeadow Community Farm and chucked loads of it around all our fruit trees. The manure was great and packed full of great big tiger worms: 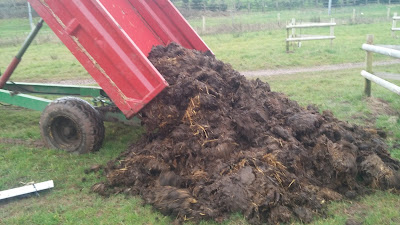 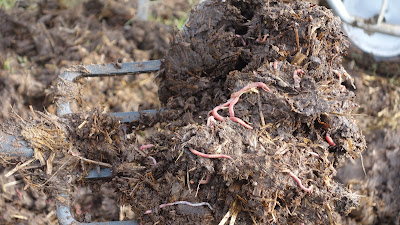 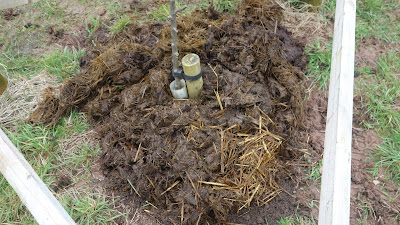 We wanted to replace the dead trees so made a purchase from Ian Sturrock's Welsh Heritage trees, picking varieties which originated as close as possible to Henllys. This time, we learned from the planting mistake made by the contractors, and made the hole for the trees the right size and dug drainage ditches to protect them from flooding: 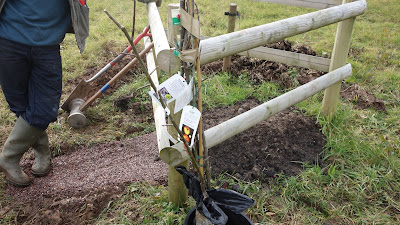 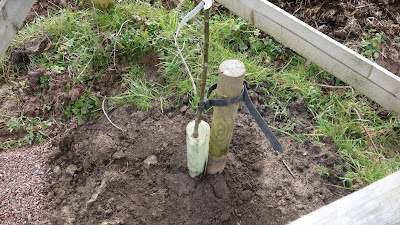 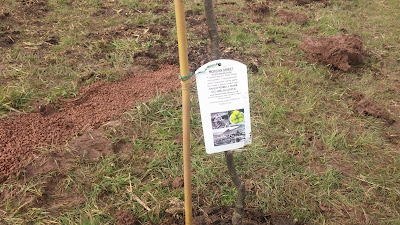 We also kept a couple extra which were planted in good compost in the back garden to replace any more which wouldn't make it through 2016. The manure was great and the surrounding vegetation loved it, so we had to do a bit of vegetation treatment in late autumn, as well as try out a few of the early varieties. 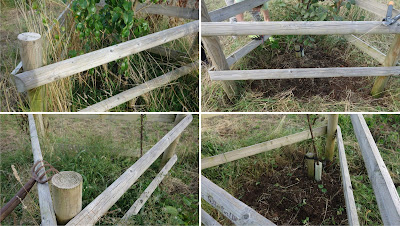 We then made our first produce to sell from the orchard which was a great activity involving us meeting up in our normal clothes and having a chat not being covered in mud. We were all under the strict control of Chef Tricia Davies who had previously gone on a food hygiene certificate course: 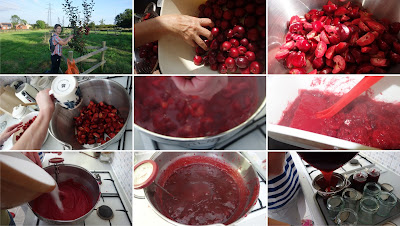 In January 2017, the weather conditions were mild enough, as well as the trees starting to develop larger buds, so we planted out 2 replacement trees* in the orchard (Monmouth Beauty [Monmouthshire] and Brith Mawr [Newport]) which were being looked after for the previous year:
*We also planted a Machen [Caerphilly] apple tree in the Natural Buzz area by the car park

As the orchard grows we will make more produce, but there is a lot more work which needs to be done to continue caring for and looking after our orchard.

We did find out that a few teenagers who camped on the meadow over the summer, were some of the class who originally planted the orchard and had already been over to look at their trees. These youths didn't leave any litter, just flattened grass and this is exactly the way we would want it to be. Moreover, when we went to replace two dead trees in January 2017, some of these children must have been back over and had carved their names into the faint remaining marks where there names once were. Investment in primary aged school children is the best possible intervention you can do. It has seen a miraculous change to how people view and treat Henllys Local Nature Reserve. They love doing the work, they love seeing the results of their work and they tell their parents, grandparents and others about what they have done with us. It is so important to do this work and so rewarding as a group to be able to play a role in this.
Posted by Friends of Henllys LNR at 07:57